Practical Instant Hedges are on Kew

Royal Botanic Gardens required a mature hedging solution along the perimeter of their planned Children’s Garden at Kew Gardens. The hedging was needed for immediate impact, to create the boundary of the garden, with the intention of leaving only one main entrance and exit to the garden.

The Children’s Garden is a major new feature being the first significant development within the Kew Gardens estate for over a decade. and aims to inspire children to love and care for plants, gardens and open-air play. The completed garden is over an hectare in area and includes play structures and extensive planting among the existing trees,

Practicality Brown won a competitive tender to supply 190 metres Green Beech and 200 metres of Mixed Native instant hedge. We grew our Practical Instant Hedges™ for Royal Botanic Gardens, here at out nursery in Iver. The Instant Native Mix Hedge was made up in equal quantities of

As with all our dense, pre-planted and ready grown Practical Instant Hedges™, this was produced in 1m long bags of continuous root strips for easy, stress-free planting all year round.  In addition to the original tender, we also supplied Quercus Ilex Instant Hedge and as well as additional Beech and Native Mix.

The Children’s’ Garden has proven really successful for Royal Botanic Gardens, Kew with over 25,000 positive reviews. Our 400 metre Practical Instant Hedges™ contribute to the overall ambience, providing a safe and secure environment for the children to play and explore nature.

Congratulations to Royal Botanical Gardens, Kew, Ground Control and everyone involved; we are proud to associated with The Children’s’ Garden. 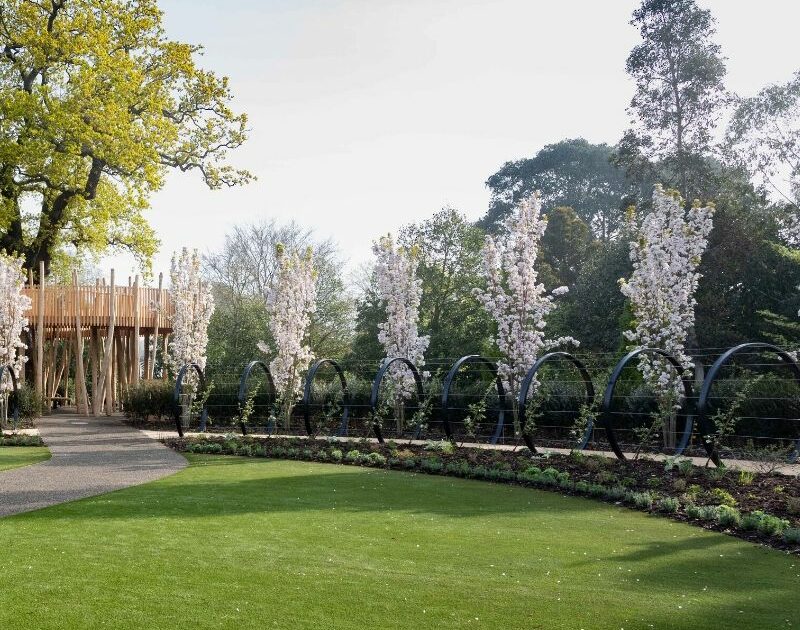 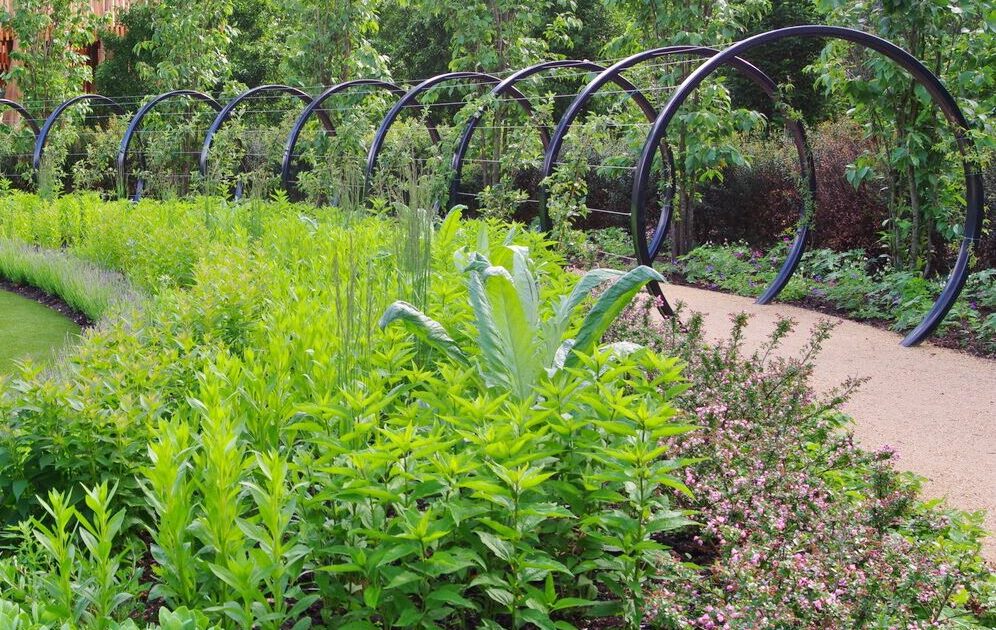 Congratulations to everyone at the June Flower Shows, Practicality Brown proudly supplied instant hedges to:

Inspired by a past landscape of the Chatsworth Estate, this conceptual garden echoes a ‘lost’ village that once stood in the shadow of Chatsworth House before being removed to make way for Capability Brown’s famous landscape. The planting references the indigenous landscape combining native plants with decorative varieties introduced in later years.

Sponsored by Brewin Dolphin, this garden affirmation from the public with The People’s Award for Installation at RHS Chatsworth Flower Show. We supplied Elveden Instant Beech Hedge for this garden.

Inspiration in the Raw

The garden focuses on using natural materials to create a more peaceful area to live in the garden. With an emphasis on recycling and reusing materials, this garden caters for a family, the garden is divided into sections by sliding barn doors. At the rear of the garden there is a dedicated play area with rope swing and playhouse, meanwhile, parents can entertain in the free-form concrete seating and dining area or relax in a quiet corner.

This garden was awarded a Gold Medal by the judges at the BBC Gardeners’ World Live. We supplied Practical Instant Native Mix Hedge for this garden.

At RHS Hampton Court, we are supported three out of the four Lifestyle Gardens, as well as a trade exhibit.

If you would like a garden inspired by Flower Shows please contact us on 01753 652022 to talk to our friendly Horticultural team.

The World Horse Welfare Artisan Garden creates a moving story; designed by Woolcott Smith and built by Conway Landscapes, the garden celebrated the 90th  anniversary of World Horse Welfare charity and highlighted the plight of ‘invisible’ abandoned, neglected and abused horses in the UK and abroad.

A traditional wildflower garden, it told the story of Clippy, a 12hh dapple grey pony who was rescued from terrible conditions.  The small, derelict stable surrounded by plants that are dangerous to horses, represents that actual place where he was found. Thankfully rescued by World Horse Welfare, Clippy’s journey concludes by him being re-homed and moving into an open and safe meadow surrounded with horse friendly plants including native mix hedging.

Central to the garden is a life-sized sculpture of Clippy, made from reclaimed horseshoes by Tom Hill Sculpture, standing upright and proud looking to a future filled with contentment and hope.  The sculpture has been made from horseshoes donated by nearly 40 famous equines; including Her Majesty The Queen’s Windsor grey horses and Olympic gold medallists Big Star and Valegro.

This Artisan Garden was awarded a Gold medal by the RHS, making it four Gold medals for Adam Woolcott and Jonathan Smith and also won affirmation from the public with The People’s Award for Best Artisan Garden at Chelsea.

To find out more about World Horse Welfare and the RHS Chelsea Garden, click here

Practicality Brown are proud to have supplied native mix hedging plants for this award winning garden.

The BBC created a film about the garden and its designers, as part of their Chelsea flower show coverage, which can be seen here