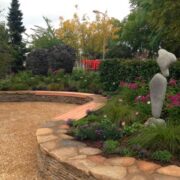 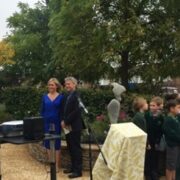 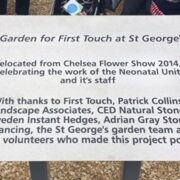 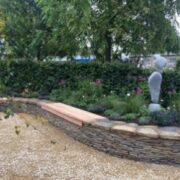 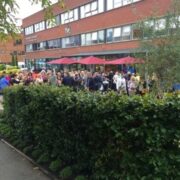 We are delighted to have been able to help Patrick Collins recreate his 2014 Chelsea Flower Show Garden at St George’s Hospital.

Patrick has been working with First Touch which is a Charity that is supporting sick and premature babies at St Georges Hospital . New Garden at St Georges

Patrick’s garden, inspired by the strength and determination shown by premature babies and their families, was showcased earlier this year at the 2014 Chelsea Flower Show where it was awarded the silver-gilt medal.  BBC television presenter Sophie Raworth officially opened the First Touch garden at St George’s; the garden fits in seamlessly to the surroundings aided by the maturity of the Elveden Instant Hedge.