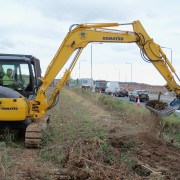 Practicality Brown were asked site clearance works on the A46 near Nottingham by Balfour Beatty plc.  It was no ordinary road scheme as there were tight deadlines with a short notice period and involved a team of 6 excavator mounted Tree Shears, whole tree chippers, timber forwarders, 3 crews of experienced tree climbers and chainsaw operators, and full time supervision. A letter of appreciation was received from the project director ” I write to thank you on behalf of the Balfour Beatty team for the way you and your people approached the initial site clearance work on the A46 Scheme. The short lead in period and demanding programme was planned with care and executed with real energy.” For further information you can view the A46 project video. 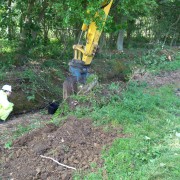 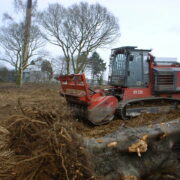 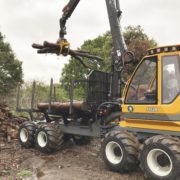 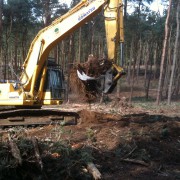